The social context of Indian medicine 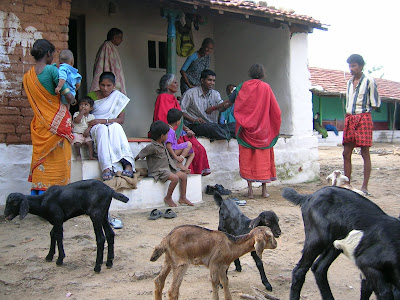 I'm currently posted in Chamrajnagar, a rural district in South Karnataka and am practising in a social setting that gives me a lot of food for thought ..
Indian medical practice is largely based on clinical research conducted in the West. Most of the internationally recognised standard texts are by North American or European authors. The teaching methodology used here is largely an outdated, didactical approach which was imported here in the 50’s and 60’s when a large number of medical colleges were set up post independence.

However the social context in which our system is embedded is radically different from the one on which our system is based. While the Westernised elite are more likely to demand and have access to health care it is the poor, who are in an overwhelming majority who really require good, relevant health care. This is because poverty is intrinsically linked to sickness, a large component of which is preventable or easily curable.

It is quite evident that a majority of doctors respond to this difference between theory and reality with a range of practical modifications which range from the simple and obvious to the highly sophisticated. However they still exist only at the level of individual endeavors and as yet there is no large systemic acceptance and addressal of our unique reality.

Doctors in India are also handicapped in their understanding of the social context in which they practice for two reasons: One is that since entrance to medical colleges is highly competetive and students from private schools have an enormous advantage during entrance exams, doctors as a group come predominantly from upper class, upper caste backgrounds whereas a majority of people in real need of health care come from lower class, lower caste backgrounds. The second reason is that since admission to medical college is open to students only from science streams in India, doctors complete their education with only a miniscule component in social sciences as part of their Preventive and Social Medicine syllabus which exists more for namesake than anything else. Hence they are ill equipped to analyse, research and act upon any problem that is not quantitative and out of the realm of pure science.
It is this lack of understanding of social context that has prevented modern Indian medicine from being truly relevant in rural India, where the medical need is immensely greater than in urban areas. The crying need of the day is for Indian doctors to move out of the biomedical paradigm and become anthropologists, communicators and true practioners of revelant social medicine.
Posted by Lalit Narayan at 3:18 PM No comments: Links to this post

What I have been up to

I function as the lead on www.communityhealth.in , a wiki website attempting to capture the realities of community health and the Health For All movement in India. Do check it out.

I also act as webmaster for the Tribal Health Initiative. www.tribalhealth.org

This is a Flickr badge showing public photos from pixel_monkey. Make your own badge here.